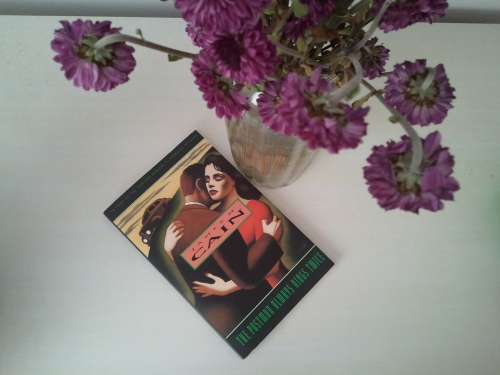 I just finished the noir crime fiction novel The Postman Always Rings Twice and I am very pleased with Mr. Cain’s gritty tale. The stark honesty of the narration, the erotic passion between the main characters, and the unabashed violence throughout the novel was very consistent with our noir definition so far, but in many ways it approached these noir elements from entirely new angles. The anti-hero is a grifter named Frank Chambers, his femme fatale is a married woman named Cora Papidakis, and their victim is her Greek husband Nick. One of the first variances from our typical noir definition formula came as it pertains to “illusions of order” and “intellectual control.” We have grown used to the classic detective novel where the anti-hero attempts to redeem himself or others by finding and understanding all of the clues in a particular crime. In The Postman Always Rings Twice, we follow a man and woman who are attempting to redeem themselves from their crime by destroying and thwarting all of the possible clues that would point to their guilt. This behavior is the opposite of our noir definition, but it serves the same purpose if you follow this line of thinking. Another variance pertains to setting; Ths beautiful California, and the seedy underworld never makes an appearance. I had the feeling as I read that the backdrop was luscious wine country, and long ocean-side highways. Not exactly America’s underbelly. 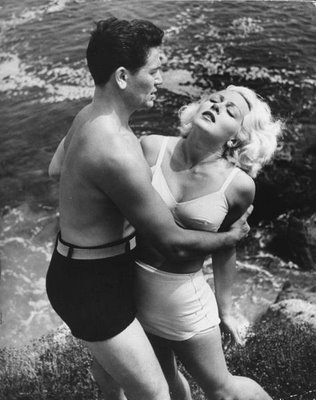 Remember that The Postman Always Rings Twice was written in 1934 and that it was banned in Boston because of its extreme sexual and violent content. Even reading this novel in a contemporary time period I was shocked at several of these edgy scenes. These two scenes in particular blew me away:

The first scene takes place early in the novel, when Frank and Cora are alone together in Nick’s diner, and she realizes that Frank locked the main doors during business hours:

Somebody was out front, rattling the door. “Sounds like somebody trying to get in”

“Is the door locked, Frank?”

“I must have locked it.”

She looked at me, and got pale. She went to the swinging door, and peeped through. Then she went into the lunchroom, but in a minute she was back.

“I forgot to unlock it.”

She started for the lunchroom again, but I stopped her. “Let’s–leave it locked.”

“Nobody can get in if it’s locked. I got some cooking to do. I’ll wash up this plate.”

I took her in my arms and mashed my mouth up against hers…. “Bite me! Bite me!”

I bit her. I sunk my teeth into her lips so deep I could feel the blood spurt into my mouth. It was running down her neck when I carried her upstairs.  pg. 11

How about that twilight fans? Straight up bloody lovin in 1937. In my opinion, it’s more revolting than it is sexy (and it still grosses me out a little when I think about it). If you are appalled, fear not you are in good company. 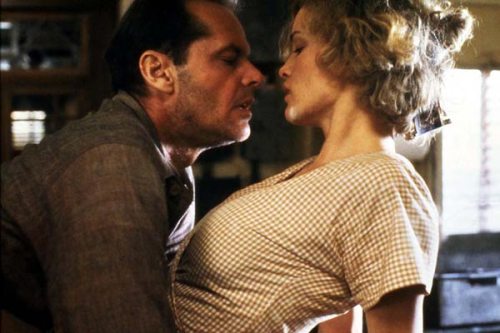 The second scene takes place at their “automobile accident”/murder. They are trying to scuff each other up to make it look real for the police investigation to come:

I hauled off and hit her in the eye as hard as I could. She went down. She was right down there at my feet, her eyes shining, her breasts trembling, drawn up in tight points, and pointing right up at me. She was down there, and the breath was roaring in the back of my throat like I was some kind of a animal, and my tongue was all swelled up in my mouth, and blood pounding in it.

Next thing I knew, I was down there with her, and we were starting in each other’s eyes, and locked in each other’s arms, and straining to get closer. Hell could have opened for me then, and it wouldn’t have made any difference. I had to have her, if I hung for it.

Not only was I shocked by the blatant violence of this scene, but I was shocked by the heavy handed sexual metaphors that James Cain uses (he certainly wasn’t talking about his “tongue”). This noir crime fiction shattered my perception of the “wholesome 1930s,” cause smut hasn’t changed through the century, only where to find it. 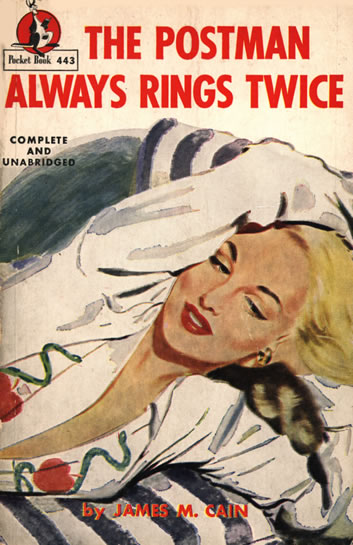 Controversy surrounding the name of The Postman Always Rings Twice:

Many have speculated about what the title could possibly mean, especially after realizing that a postman never appears in the entire novel. James Cain, in one of his other famous crime noir fiction Double Indemnity, finally sought to lay the speculation to rest by discussing the controversial title in the foreword.  Cain wrote that the title The Postman Always Rings Twice came from a discussion he’d had with a screenwriter name Vincent Lawrence. This screenwriter often was plagued by anxiety when waiting for the postman to bring him news on his most recently submitted manuscript. He said that he always new when the postman had arrived because he always rang twice. This struck a cord with Cain, who then used the phrase for his novel. He and Lawrence agreed that the phrase was very symbolic of Frank Chamber’s situation at the noir crime fiction‘s conclusion. The postman is “God” or “Fate” and his delivery is justice for Frank and Cora. When the postman rings the first time they are able to escape both fate and their deserved justice, but when he rings the second time they aren’t so lucky.

This article was a bit long, sorry! But the book is awesome and I’m eager to read more from James Cain in the future! I bought my copy from Amazon.com.

The image of John Garfield and Lana Turner came from filmnoirphotos.com  .

The image of Jack Nicholson and Jessica Lange came from theaceblackblog.blogspot.com .

The image of the pulp cover came from filmlinks4u.net .