Dylan Dog is an Italian comic which debuted in 1986. Created and written by Tiziano Sclavi and illustrated by several notable artists, this horror based comic wouldn’t typically be considered noir fiction. I picked up the Dylan Dog omnibus (in English people, I’m not a linguist) on the recommendation of a good friend (thanks Hank). He told me that he read them as a kid and found them to be fodder for a great time. As I cruised through story after story I had to concur– Dylan dog is a smoothly written surprisingly well-drawn comic.

A killer in the rain

Mysteries, babes, and villains abound, all just out of the unflappable Dylan’s reach. As a paranormal investigator, he pulls back the edge on the wallpaper of sanity and reveals all the grimy bits hiding beneath. It wasn’t until I found this gem “Memorie Dall’Invisibile” that I realized the truly effervescent story-telling present. A killer and a man forgotten, a city with too many sinners, and a league of prostitutes who refuse to be victims any longer converge in a spectacular visual noir thriller.

I’ve piled a bunch of marvelous scans from MangaEden.com– they’re in Italian so most of you will be spared the spoilers. If you want it in English, pick up the ridiculously cheap Dylan Dog Case Files from Amazon.com here. 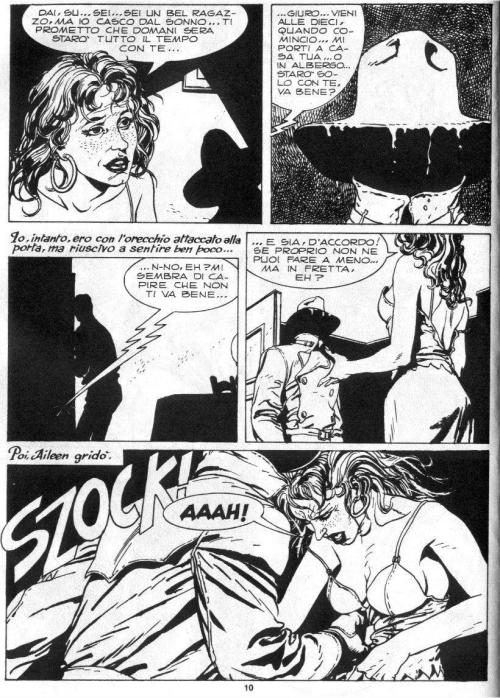 A prostitute entertains an unexpected customer 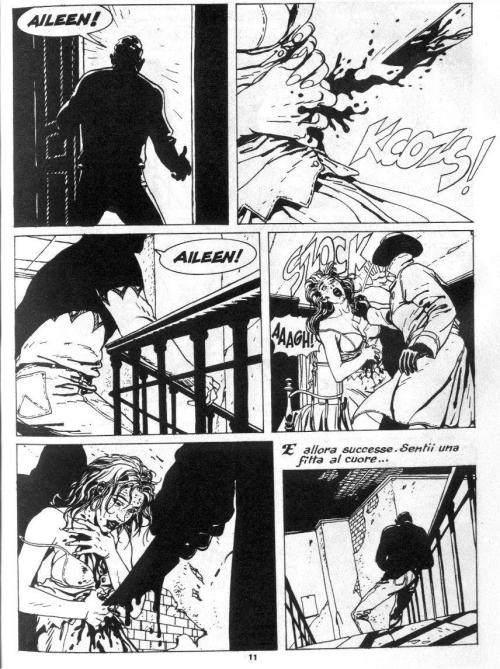 he finishes the job 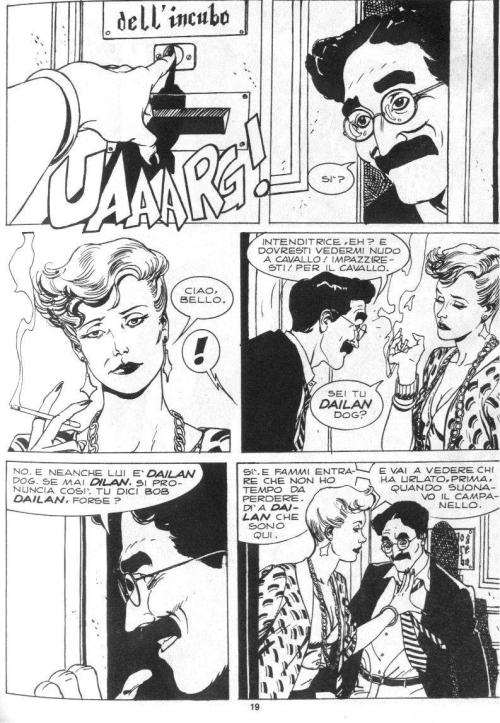 Dylan Dog is sought out for help

their relationship becomes more than professional

I love this art, splendid detail