Slayground: Too Good, Too Short 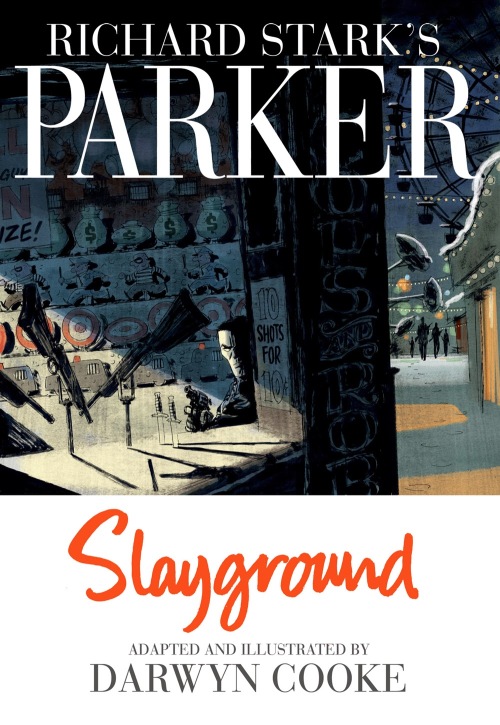 The day before Christmas I received Slayground, the new Parker adaptation from Darwyn Cooke, and, due to family engagements related to the holiday, had to shelve it until late last night. 30 minutes later I was finished, thrilled to the center of my being, yet devastated by the marquee on the final page of the book “PARKER WILL RETURN IN 2015”– And thus I contemplate another year and more of waiting for the next installment…

Cooke delivers an exceptional work once again– the art: perfectly retro, the dialogue: stripped down and punchy,  the pace: frenetic. Actually, the speed with which the plot unfolds is almost jarring. More than any of the other adaptations, Slayground had large sections of zero or negligible dialogue; panel upon panel of brutal silence. I issue this criticism with tongue in cheek, because nothing was lost from the telling of the story during these stretches. Cooke appears to have honed this craft  of ‘showing’ rather than ‘telling’ with each subsequent novel, but the result is a much faster pace, and less average time on each page, than in any of the other three. I truly finished the entire book in one half-hour, and though I loved each minute, I couldn’t help feeling disappointed. 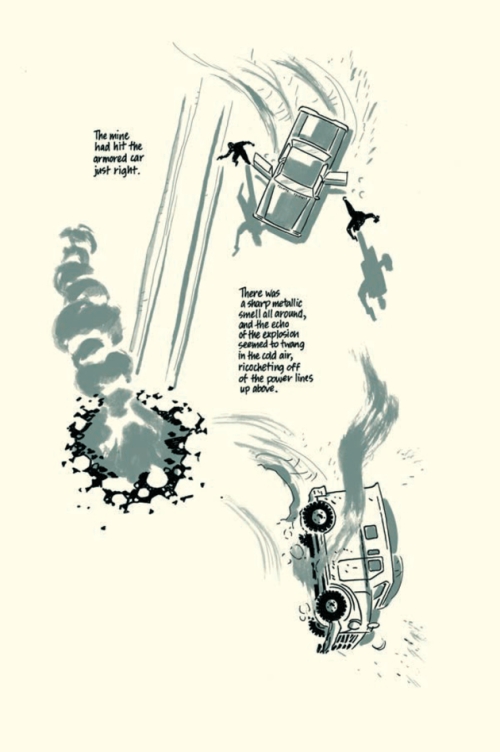 Additionally, the plot of Slayground is much more straightforward than any of the other novels. Parker finds himself in the possession of a sack of cash, cornered in an amusement park closed for the winter. Gone to ground with crooked cops and mobsters in the peripheral, he waits for the inevitable violent climax. The story commences mid-heist, and concludes mid-conflict– like a slice of Parker pie (we don’t get the whole thing, only a taste). And then Cooke’s decision to append The 7eventh to the end, felt like a bit like a punchline. The book is an hors d’oeuvre, whetting our appetite for future novels.

(I also noticed that the interior dust jacket of the book was dominated by an advertisement for the upcoming re-release of the Parker hardcover novels, which Darwyn Cooke will be providing cover art and some interior placards for. Perhaps Slayground is simply a clever marketing scheme?)

Slayground isn’t sunk by its brevity, but it’s certainly shorter than the other Parker graphic novels. Let’s be grateful that it retains the same quality we’ve come to expect from Darwyn Cooke.

(pick it up here)

2 responses to “Slayground: Too Good, Too Short”