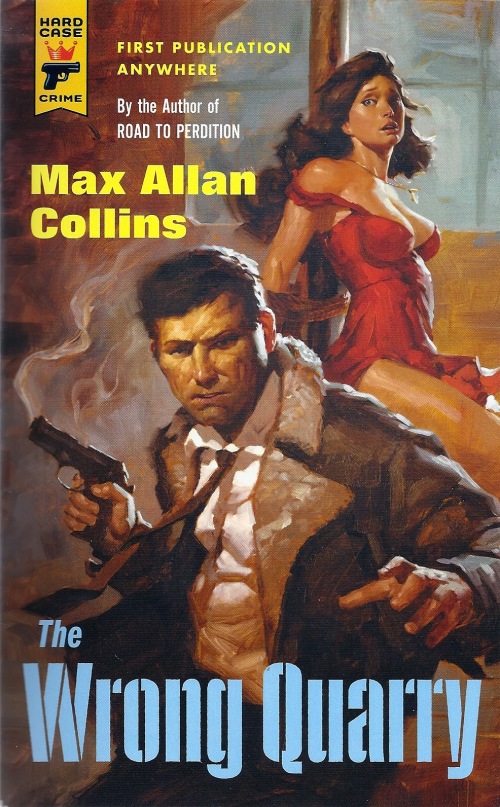 The Wrong Quarry by Max Allan Collins was my first experience with the enigmatic character “Quarry”, a hitman of hitmen as it were. I’ll commence with a disclaimer: I’ve never read any of the other Quarry novels, so I can’t fairly place it in relation to the others or speak to any backstory I may have missed. This review is purely my understanding and opinion of this novel as it stands, alone. Disclaimer aside, I didn’t really care for the book.

Now, I’ve always been a fan of Max Allan Collins, and I greatly respect and admire his work. My problem with this book wasn’t with the plot, the pacing, or even subject matter. I simply don’t like Quarry.

As an anti-hero, I understand that he is flawed (he’s supposed to be). Simply, he’s a loner with a penchant for women who kills for money. But that doesn’t mean he’s likable.

Quarry has severed ties with someone called ‘the broker’– a middle man between hitmen and the individuals who pay for their unique services (I assume this happened in a previous book so sorry for the spoiler).  As a part of this ‘severance package’, he obtained the real names and addresses of all the hitmen then working for the broker at that time. He now uses this list to track hitmen and determine who their targets are before they kill. Quarry then approaches these unsuspecting targets and offers them his services: ten thousand dollars to ‘remove the threat’– and an additional ten thousand to determine the source of the contract and kill them as well. As far as hooks go, this one is dynamite. So why wasn’t I satisfied?

One reviewer said: “I rank the Quarry novels with Westlake’s Parker novels. The two series and characters share a few similarities of a lone criminal. The most important difference between Parker and Quarry is that Parker is not human.” — if this is true, then Quarry’s humanity is what made me hate him. But I disagree. Parker and Quarry are similar only in their operating preference: alone. Beyond that, Parker is a sonuvabitch and Quarry is a horndog with a heart.

Internally, Quarry instantly objectifies every female character in the book, but he wears the facade of someone who genuinely cares for those around him. Perhaps it’s this two-faced nature that peeved me. Additionally, he won’t stop talking to the reader– I understand that he’s the narrator but it drives me nuts when he interrupts a thought to remind me that he’s chatting with me or to make a wry joke of a situation. The book has some wonderful surprises, twists, and turns, but it was like being stuck at the movies next to an annoying acquaintance–  and that acquaintance happens to also be the star of the film. 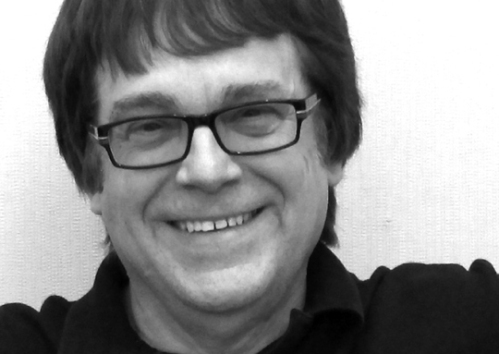 The noir definition line up (anyone sick of this? or should I keep at it?) :

A small town in Missouri; run down bars, big-sky hikes, a highschool parent-teacher night, and a dance studio filled with pageant-bound girls.

Two femme fatales in The Wrong Quarry: Jenny Stockwell and Sally Meadows. The former a mid-aged wild-child heiress who survived her riotous adolescence, the latter a teenage nymphet dancer with an eye for trouble. Both put the screws on Quarry, exposing him to greater risk throughout the novel.

I can’t imagine reading this book as a woman and not being offended. Every female character is a sad regurgitation of a man’s desire; each carefully shaped to look and pander to a predominantly male readership. Sadly, the holy grail of noir crime fiction is for a male author to create a convincing female character. I don’t know that it’s happened very often in the history of the genre, and it certainly didn’t happen in The Wrong Quarry.

Much of the novel revolves around the disappearance and likely murder of Candy Stockwell (Jenny’s niece and Sally’s best friend)– the powerful Stockwell family is desperate for resolution. Thus the redemptive theme is present, but not through the protagonist.

6) The Loss of Innocence

Candy and Sally are representations of the lost innocence of youth in modern society– children eager to participate in the adult world, who quickly become stained by the sins of maturity.

Ever present in the lips of each femme fatale, a smoldering cigarette tribute to former authors and film-makers in the noir art.

Roger Vale, a homosexual dance instructor in east central Missouri, is the sole threat to Quarry’s masculinity. His role is that of the effeminate victim, the emasculated shell of a threat, now victim of prejudice and violence. Yet, his overly flamboyant mannerisms serve as a smokescreen to a much more complex psyche. Mr. Vale is the unknown; the bizarre hermaphroditic anomaly that portends danger.

I’ve loved a lot of Mr. Collins novels, but this wasn’t one of them. I may give the other Quarry yarns a look, but if the character has the same irking veneer I’ll skip him in the future.

2 responses to ““The Wrong Quarry” Review”