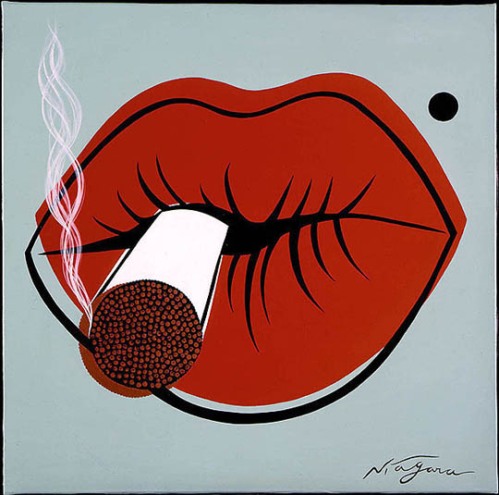 Each week I spend a few hours cruising tumblr blogs and the various gritty reaches of the internet in search of images for the noirWHALE.tumblr.com site. This exercise has taught me quite a bit about film noir and the other noir genres, but ultimately it has taught me that I need to expand noirWHALE by adding a new category: “Noir Art“. For example: A week ago, I published a post about Noir T-Shirt Designs, and I put it in the Noir Comics category because I didn’t really have any idea where it should go; That post was the spiritual predecessor to this category, and now I expand upon it by adding the second “Noir Art” post titled: Niagara Detroit

Niagara was born August 23rd, 1956. I have no idea if that’s her real name (and neither does wikipedia). She was a lead singer of the punk rock bands Destroy All Monsters and Dark Carnival. Her bio says that she attended the University of Michigan in the 70’s, and that she has some art school experience which led her to design album covers for the various rock groups she was singing with. Eventually she started to do small galleries and displays in coffee shops in Detroit, and overnight she became a pop art sensation. Her local fame garnered her the title, “Queen of Detroit” and thus it has become her surname. Her noir art style seems to revolve entirely around the femme fatale archetype, with an especially brutal take on gender issues. Sharply contrasting colors and sarcastic/elegiac captions array these dames with venom aimed at misogyny. They simultaneously seduce and kill, with each image hanging on a potent moment in time. I’m no art critic, but it seems that the unseen narratives behind these paintings grant them life. Ultimately, I feel that Niagara Detroit’s work is some of the very best noir art I’ve ever seen. You be the judge: 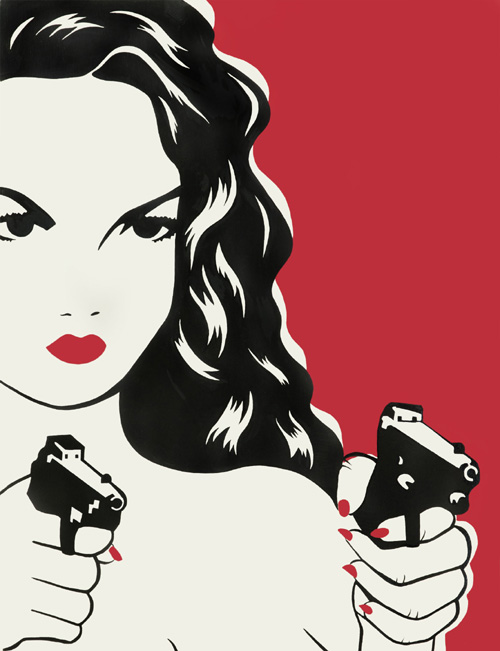 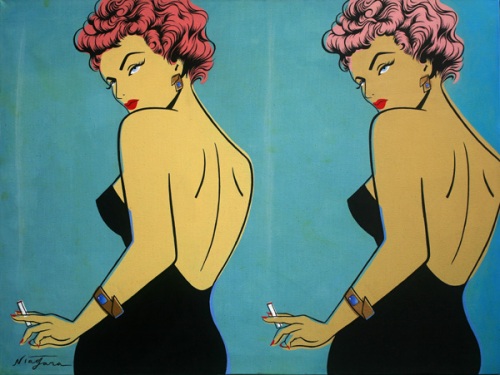 Double In A Black Dress 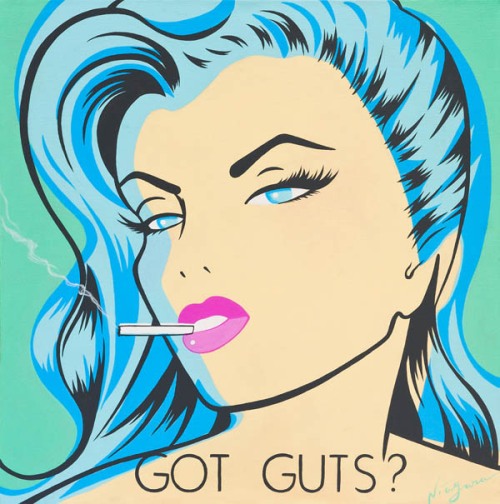 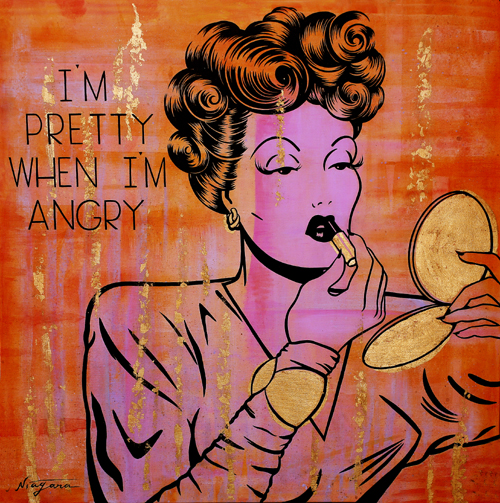 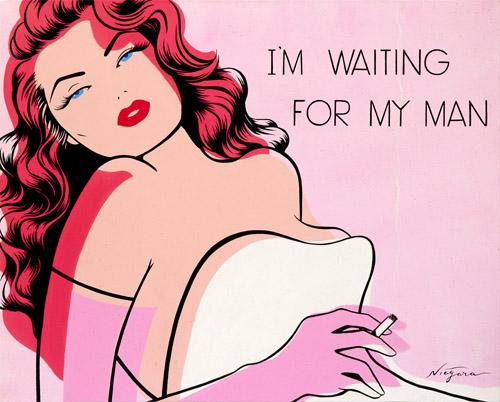 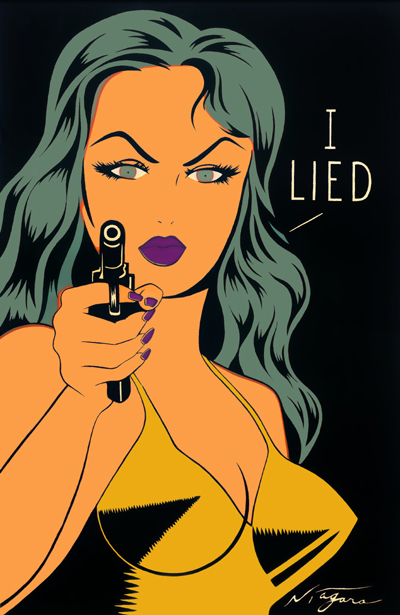 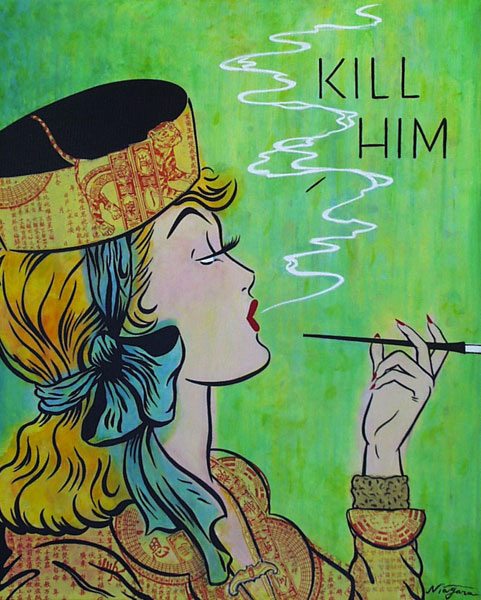 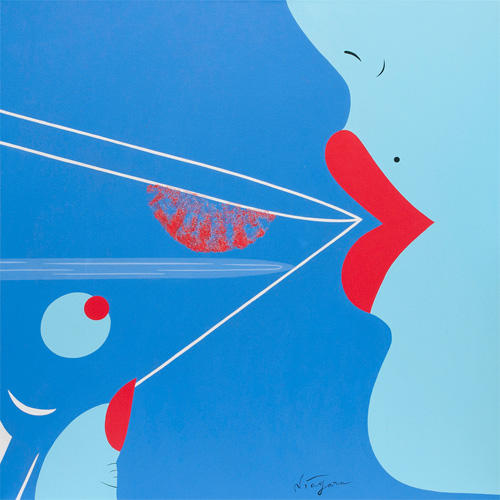 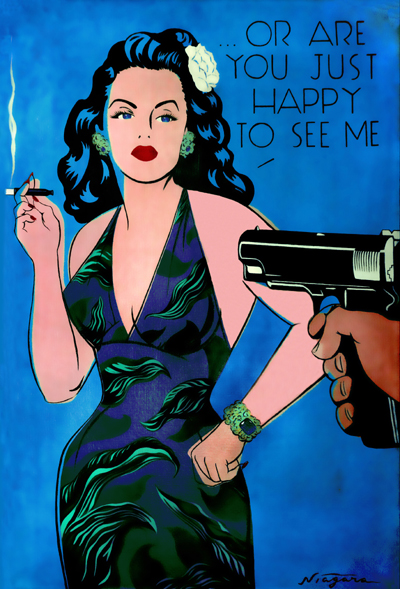 Or Are You Just Happy To See Me? 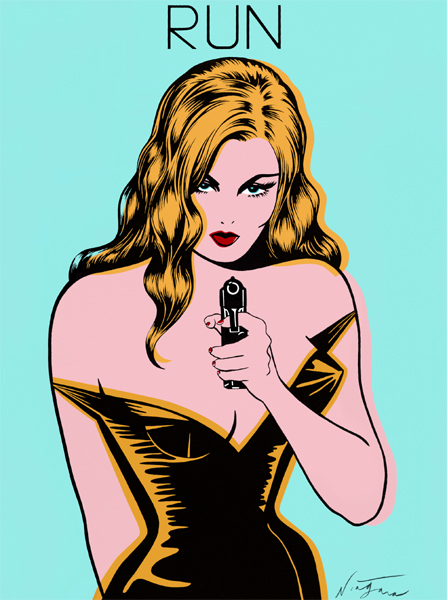 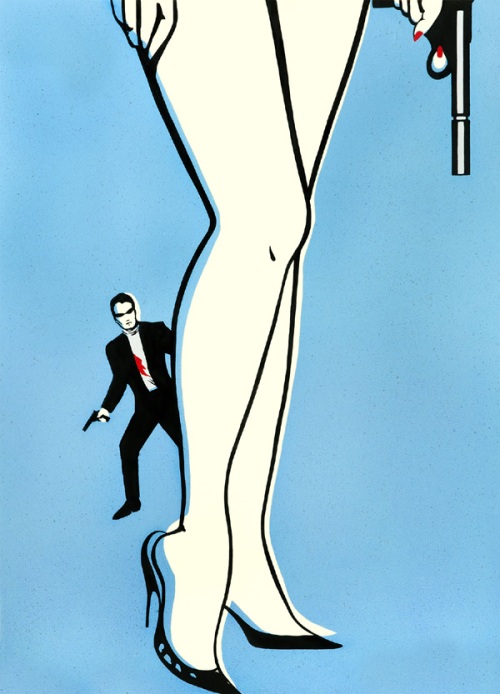 There are literally DOZENS of prints that I didn’t list here, visit niagaradetroit.com for the full gallery.

Niagara has a clothing line for sale at pinkpump.com and prints for sale at niagaradetroit.com

Here is a picture of Niagara: (looks a bit like Lady Gaga no?)