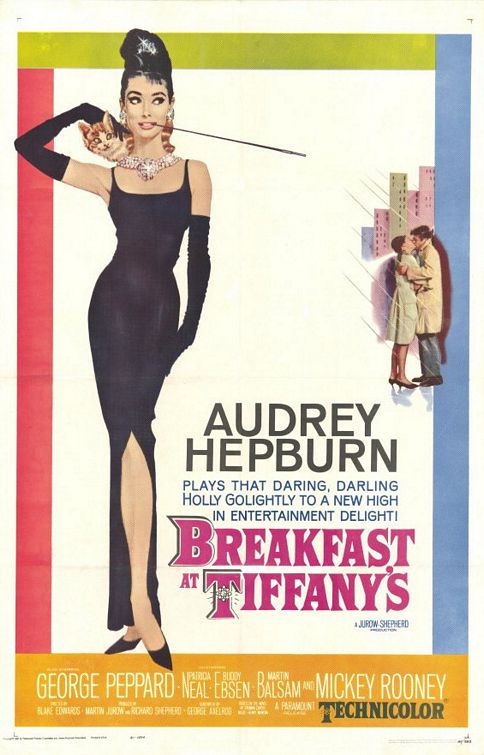 Robert McGinnis was born in 1926 in Cincinnati, Ohio. He’s left an indelible mark upon the noir crime fiction and film noir industries with his illustration skills; clocking in over 1200 paperback cover illustrations and over 40 movie poster illustrations. One of his most famous is his Breakfast at Tiffany’s movie poster which was (oddly enough) his first film poster assignment. I was so excited to learn that he is still alive, and since 2004 he has been doing paperback covers for the noir crime fiction group “Hard Case Crime.” Robert McGinnis is truly a noir art living legend. 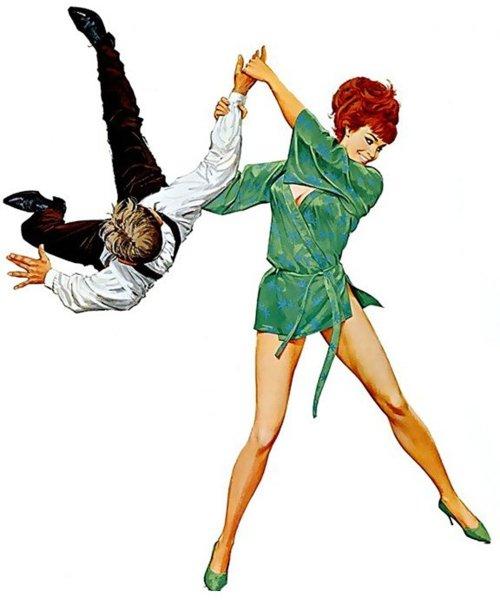 (a femme fatale thrashing) via comicsalliance.com 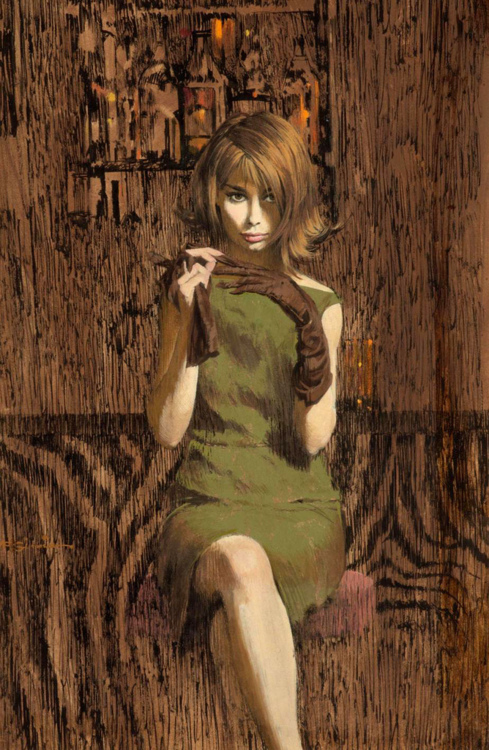 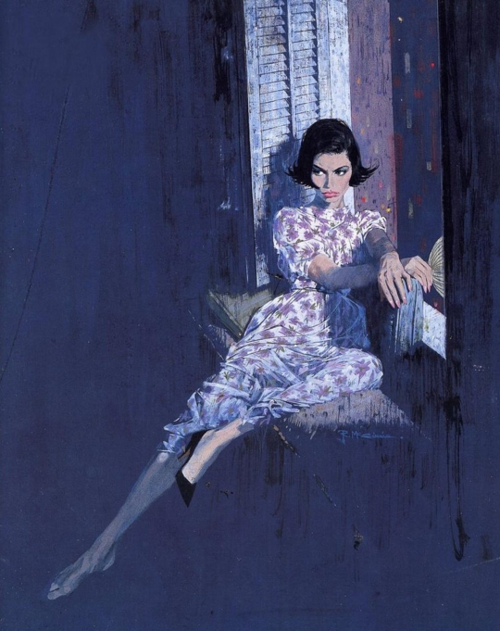 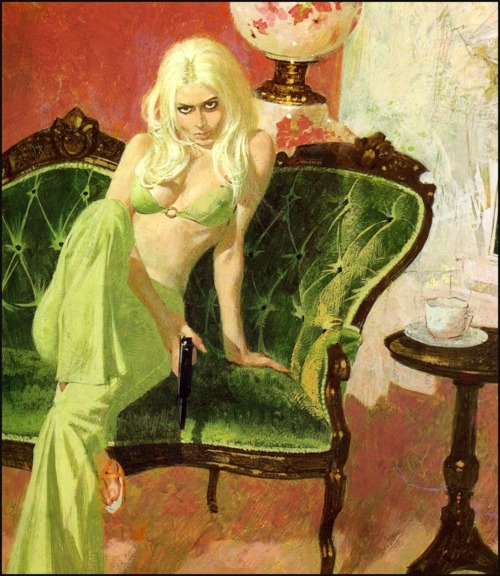 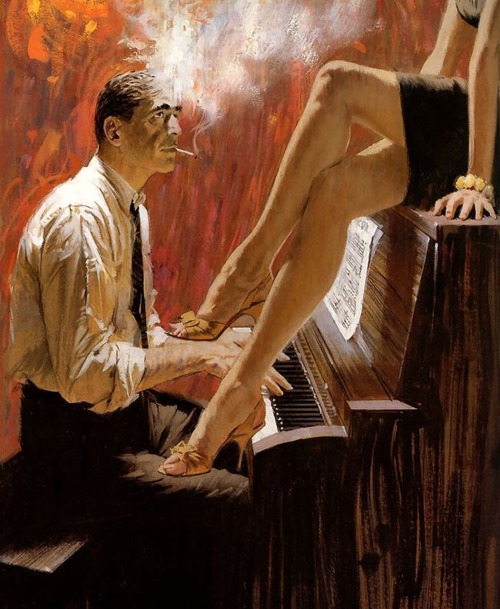 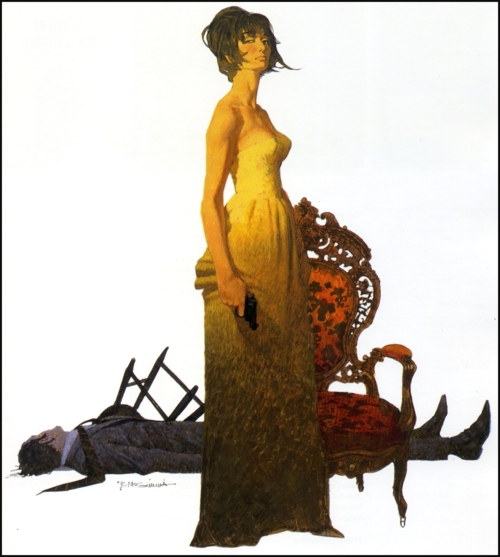 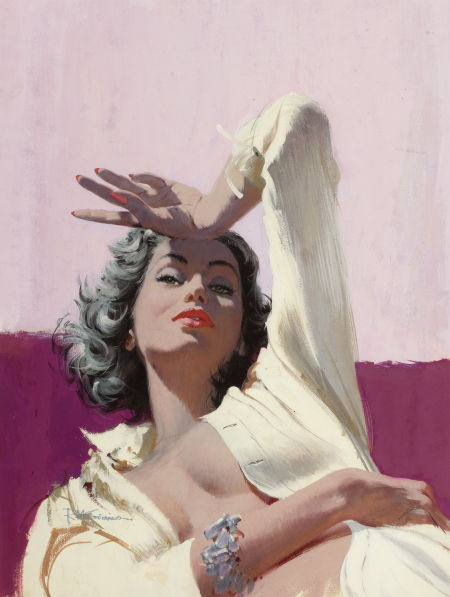 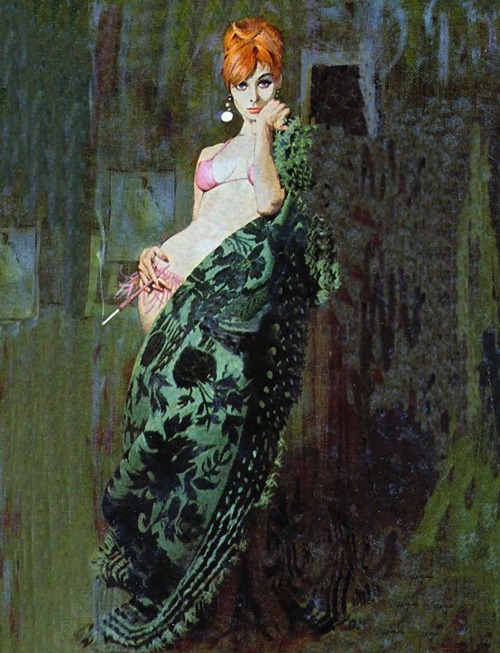 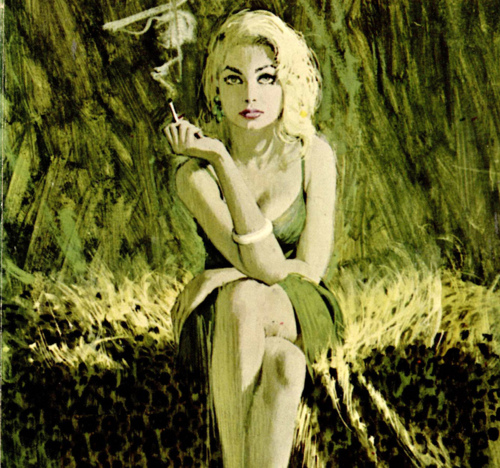 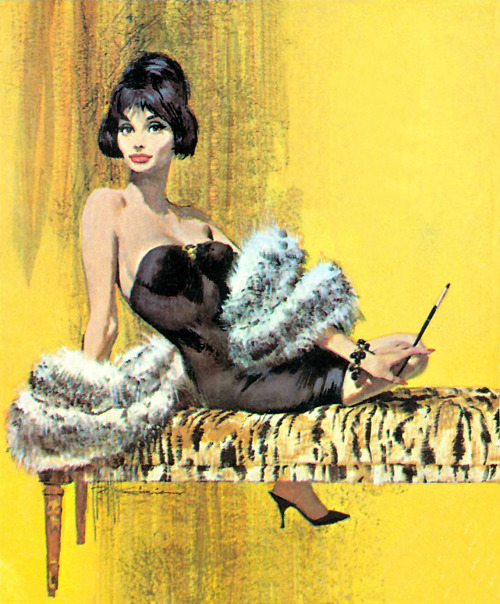