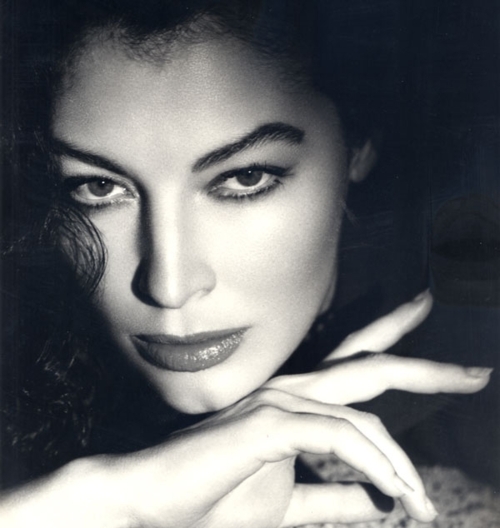 “Because I was promoted as a sort of a siren and played all those sexy broads, people made the mistake of thinking I was like that off the screen. They couldn’t have been more wrong.”

Ava Gardner was propelled to stardom in 1946 for the femme fatale role she played in The Killers. Because of the resounding success enjoyed by that picture, she became a recognized superstar and arguably the most beautiful woman of her day. Born Ava Lavinia Gardner on Christmas Eve, 1922, she was signed to a contract with MGM studios in 1941 at the age of nineteen. She hailed from the farming community of Grabtown, North Carolina, and was the youngest of seven children. After severe economic trouble, their family moved to Newport News, Virginia where her father tragically died of Bronchitis when she was only fifteen years old. Here is a wonderful anecdote about her early career:

Gardner traveled to New York to be interviewed at MGM’s office by Al Altman, head of MGM’s New York talent department. With cameras rolling, he directed the eighteen-year-old to walk toward the camera, turn and walk away, then rearrange some flowers in a vase. He did not attempt to record her voice because her Southern accent made it almost impossible for him to understand her. Though Al thought Ava the most beautiful woman he’d ever seen, he believed the test was a disaster and was completely surprised by what he saw in the screening room. On screen she was magnetic. The camera loved her. He sent the test to Hollywood. Louis B. Mayer, head of that studio, sent a telegram to Al: “She can’t sing, she can’t act, she can’t talk, She’s terrific!”

Romantically, she had many famous relationships. Her first husband was Mickey Rooney, whom she met shortly after her arrival in Los Angeles. Their marriage only lasted a year, and they were divorced by 1943. Mickey reportedly bragged about their sex life, and Ava is famously quoted as saying, “He may have enjoyed the sex, but goodness knows I didn’t.” She then engaged in a longer relationship with the aviator Howard Hughes. They were very ‘off-and-on’ and Ava described him in her autobiography as “painfully shy, completely enigmatic and more eccentric…than anyone [she] had ever met.” Her second marriage was just as short as the first, she married the jazz musician Artie Shaw. Ava’s third and final (and most famous) marriage was to Frank Sinatra (who left his wife Nancy for her). Frank received loads of abuse from the press and fans for leaving his wife for a noted femme fatale, and the downward spiral of his career wasn’t reversed until his Oscar winning role in From Here to Eternity (1953). Gardner became  pregnant twice with Frank, but she aborted both the fetuses. She said of Sinatra, “With him it’s impossible…it’s like being with a woman. He’s so gentle. It’s as though he thinks I’ll break, as though I’m a piece of Dresden china and he’s gonna hurt me.” They divorced in 1957. During this period she became friends with Ernest Hemingway.

While staying with Hemingway at his villa in San Francisco de Paula in Havana, Cuba, Gardner once swam alone with no bathing suit in his pool. After watching her, Hemingway ordered his staff: “The water is not to be emptied”.

She received an Academy Award Nomination for her role in Mogambo (1953), but she lost to Audrey Hepburn. Ava continued to act in films up until four years before her death; she died at the age of 67 from pneumonia. The American Institute’s list of the Greatest Female Stars ranks her 25th. 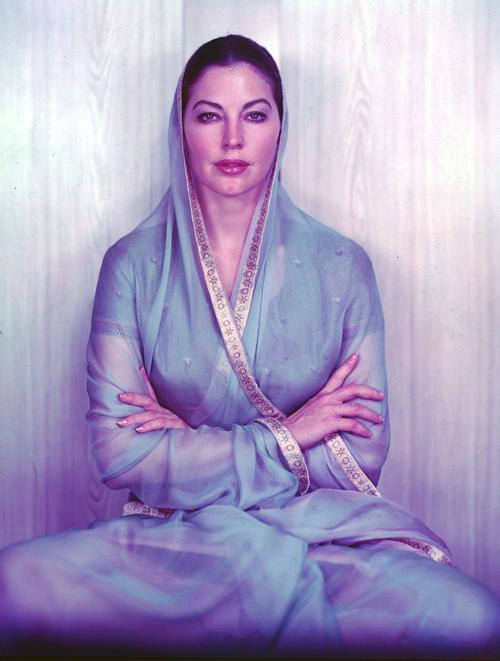 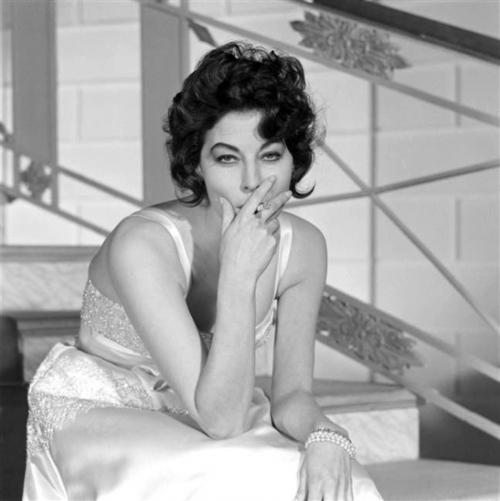 Ernest and Mary Hemingway with Ava Gardner (via interwar.tumblr.com) 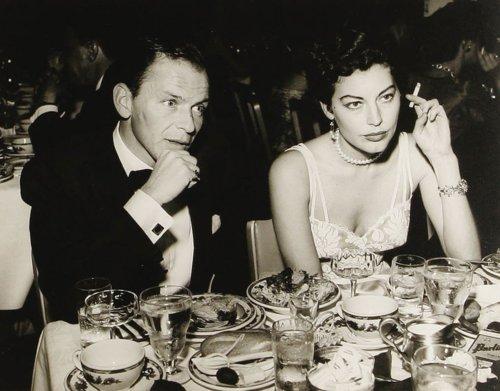 What an incredible femme fatale.