The Comedy is Finished by Donald E. Westlake is a delicious morsel of noir crime fiction. Like a voice from beyond the grave, this manuscript was unearthed from a long forgotten storage box and published as the final known work of the deceased master.

"The Comedy is Finished" by Donald E. Westlake

The plot follows the unfortunate plight of American comedian Koo Davis as he is kidnapped by a group of radical revolutionaries. In true thriller fashion, the story moves at a dangerous pace propelled by unsettling thematic undertones. The triumph of this novel is in the detail of the character development. Every individual in the story is treated with a freshness and respect that is rare in any story. Each of the five kidnappers is meticulously ornate: Peter, the leader, with his chewed-raw cheeks and fear of emasculation. Larry, the theorist, with his grasp of Truth and History, as well as his patient lecturing. Liz, the femme fatale, with her lack of physical boundaries and drug addled perceptions. Mark, the muscle, with his brutally violent and unpredictable temperament. And Joyce, the den-mother, with her affectionate naivete and hopeful outlook. The reader is given a uniquely intimate view into the anxiety-charged climate of the hostage.

How does it fair against the noir definition? Observe:

Hollywood and the surrounding areas of pomp in the 1970s; Gated communities, back-rooms at police HQ, vacant mansions, and an underground grotto with a peeping-tom window to the swimming pool. Mr. Westlake is fabulous at creating vibrant environments that provide contrast for the dark deeds committed in them.

Koo Davis is a wonderfully sympathetic anti-hero. He’s funny, bright, and extremely perceptive. As a reader, I was pained to see not only the predictament he was thrust into, but also the bleak landscape of his personal history. Because of the bridges burning in his rear view mirror, he seriously doubts that any of his family or so-called friends will care that he’s kidnapped. In these moments of doubt, his comical facade drops and one can see that indeed “the comedy is finished.”

Each of the kidnappers possessed a very fleshed-out character, but only one qualifies as a femme fatale: Liz. She is the woman shown on the cover, wearing nothing but sunglasses. Although Liz does not have any interest in Koo, she does flaunt her sexuality with abandon. She doesn’t hide her disdain towards men, and she spends the novel in an acid-induced fog of violence.

Koo is an old man who recognizes his own misogyny far too late. He’s lived the life of a womanizer; drunk on his own fame, a stranger to his own wife and children. Koo’s memories of USO tours are fraught with the sexual objectification and misrepresentation of women, the pinnacle of his misogyny being the money he would shill to ensure secret abortions. The Comedy is Finished has a strong thread of noir crime fiction misogyny.

For FBI agent Michael Wiskiel, the Koo Davis kidnapping case will be his ticket back to Washington D.C., his chance to salvage his career. For Koo, he realizes the need for redemption far too late, and he mourns the loss of a lifetime of apologies. For Peter (the lead kidnapper), this operation is the beginning of the redemption of America, the beginning of wresting it from the hands of the unworthy. Without spoiling anything, I’ll also note that there is a very strong father/child redemption theme present in the text. 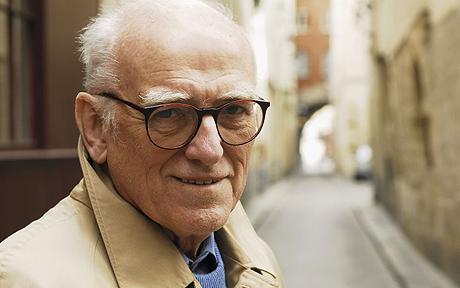 The only scene shared between Liz and Koo was shocking. I won’t spoil it, but it was one of the strangest scenes I’ve ever read. It absolutely represented a loss of innocence.

There are no characters of other races in the novel. And no racially-charged content.

Smoke is the ever present companion of the characters. Always on the edge of the scene, dangling from a pursed lip.

The largest evidence of emasculation occurs in the scene between Liz and Koo, but I’ve already stated that I won’t spoil it. Peter fears that his operation will fail, or that his leadership will be questioned; This leads him to the extremes of personality that he exhibits. His fear of emasculation is one of the most driving elements of his character. Likewise, Agent Michael Wiskiel has been emasculated in the past (he was demoted and sent to California in shame) and this past failure drives him to the great lengths and risks that he is willing to undertake to recover Koo as well as his lost manhood.

Donald E. Westlake is a undeniable master of the noir crime fiction genre, and we are lucky that he left us with such an immense catalogue to read.